While at Splendora, Mr. Meadows currently teaches the High School Wind Ensemble and has taught the Marching Band, Symphonic Winds, SHS Percussion, the SHS Jazz Band, and the basketball pep-band “The Tune Squad” while assisting in teaching the High School Wind Ensemble. Under his direction, the SHS Marching band has received 1st division ratings at UIL in each of his first five years and advanced to the Area Competition every year eligible and also received the only Non-Varsity Sweepstakes award at UIL Concert and Sight Reading Evaluation in the high school’s history.

Teaching Responsibilities at SHS for Mr. Meadows include instructing the Marching Band, the Wind Ensemble, assisting with the Symphonic Winds, Percussion, color guard, and assisting the Junior High ensembles.
He also served as the director of the SHSU Trombone ensemble, as well as guest conductor of the SHSU Brass Choir. His instructors included Dr. Henry Howey, Allen Barnhill (principal trombone player of the Houston Symphony), and Ben Osborne (assistant principal Austin Symphony). During his time in the jazz program, he performed with Bill Waltrous, Ron Wilkins, and John Fedchock.

Mr. Ramsey has two wonderful girls aged 7 and 3, a loving and supportive wife, and 2 puppies.In his free time he loves spending time with family, and playing his playstation 5.
Before Crosby ISD, Mr. Lehew was affiliated with several district private lesson programs in the surrounding Houston area, including: Galena Park, Deer Park, Channelview, Klein, Alvin, and Cleer Creek. Under his tutelage, Mr. Lehew has produced several All-Region and Area instrumentalists, as well as a handful of All-State musicians.

In his spare time, Mr. Lehew enjoys being the sponsor of the Crosby HS Leo Club and is a member of the Lions Club International. He also spends most of his summer months working with Houston area band camps. Mr. Lehew does all of this to continually mentor students outside of school and to help develop students into the leaders he knows they have the potential to become some day. 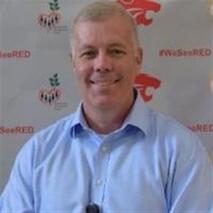 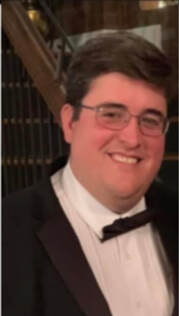 CLIFF BROWN - Director of Bands,
Peach Creek Elementary, Greenleaf Elementary
​Cliff Brown currently serves as the 6th grade band director for both Greenleaf and Peachcreek Elementary Schools. Before arriving at Splendora ISD, Mr. Brown spent the last 14 years as a band director with the Aldine, Goose Creek, and Anahuac ISDs.  During his career his students have finished with many different state accolades, such as runner-up in the “C” Honor Band process twice, as well as a 2nd and 4th place finish within the “2A” state marching band competition.

Prior to teaching, Mr. Brown attended McNeese State University and received his Bachelor of Music Education degree, and is currently on track to graduate with his Masters of Instructional Design degree this upcoming Spring.  At home, Mr. Brown enjoys the company of his beautiful wife Sarah, his four children Adalyn, Elliot, Isaac, and Vada, and his four dogs. 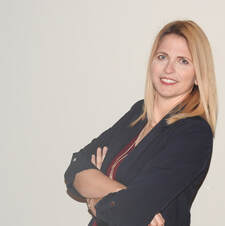 CHRISTINA MAXWELL
​Color Guard Director
Christina Maxwell serves as the director of the Splendora High School Color Guard. She grew up in South Texas where she played clarinet and was on her high school flag corps. Though accepted to the color guard at the University of Texas at Arlington, she chose to move to Louisiana and attended college there. After graduating with honors from the University of Louisiana – Lafayette with a degree in Education, Mrs. Maxwell remained in Louisiana where she taught middle school for 6 years. During this time she built a junior high flag corps that performed during local parades and pep rallies. She returned to Texas to teach junior high and middle school for 5 more years before quitting to run her own business. Mrs. Maxwell has four children, a very helpful husband, and is getting her M.Ed. in Counseling and Development - Marriage and Family Therapy while working with the Splendora High School Color Guard. ​
Powered by